We are proud to announce that the Centraal Museum Utrecht has acquired the PUK SZ 19 chair by Kiki van Eijk for their permanent collection.

“To me, Martin Visser’s furniture pieces always embody the essence. It’s all about his language of forms, those clear lines. A bit like the way children draw things, only with a skilled hand. That’s unique, because adults often lose their intuition and then tend to take a roundabout approach. That’s why the simplicity of the SZ 01 immediately caught my eye: the sleek lines of the industrial-looking steel in combination with the traditional wicker… It all comes together beautifully, but also creates a splendid contrast. The wicker also reminds me of the texture of cloth, which I often work with. In my design, I wanted to use the same clear lines to make a chair with a rounder, warmer character. While I was working on my initial sketches, my six-year-old son decided to help. He made a very apposite, clear drawing which I then reduced to two lines. That became the foundation. I spent an eternity finetuning, of course, looking for the right proportions and curve, and gave the chromed steel a deep royal blue powder coating for warmness. The name Puk SZ 19 nicely combines my process and Visser’s idea. In the past, the chair was sometimes called Cato, a name that can be traced back to the meaning of ‘pure’. That’s exactly what I see in a child’s approach – in this case, my son Puk.” 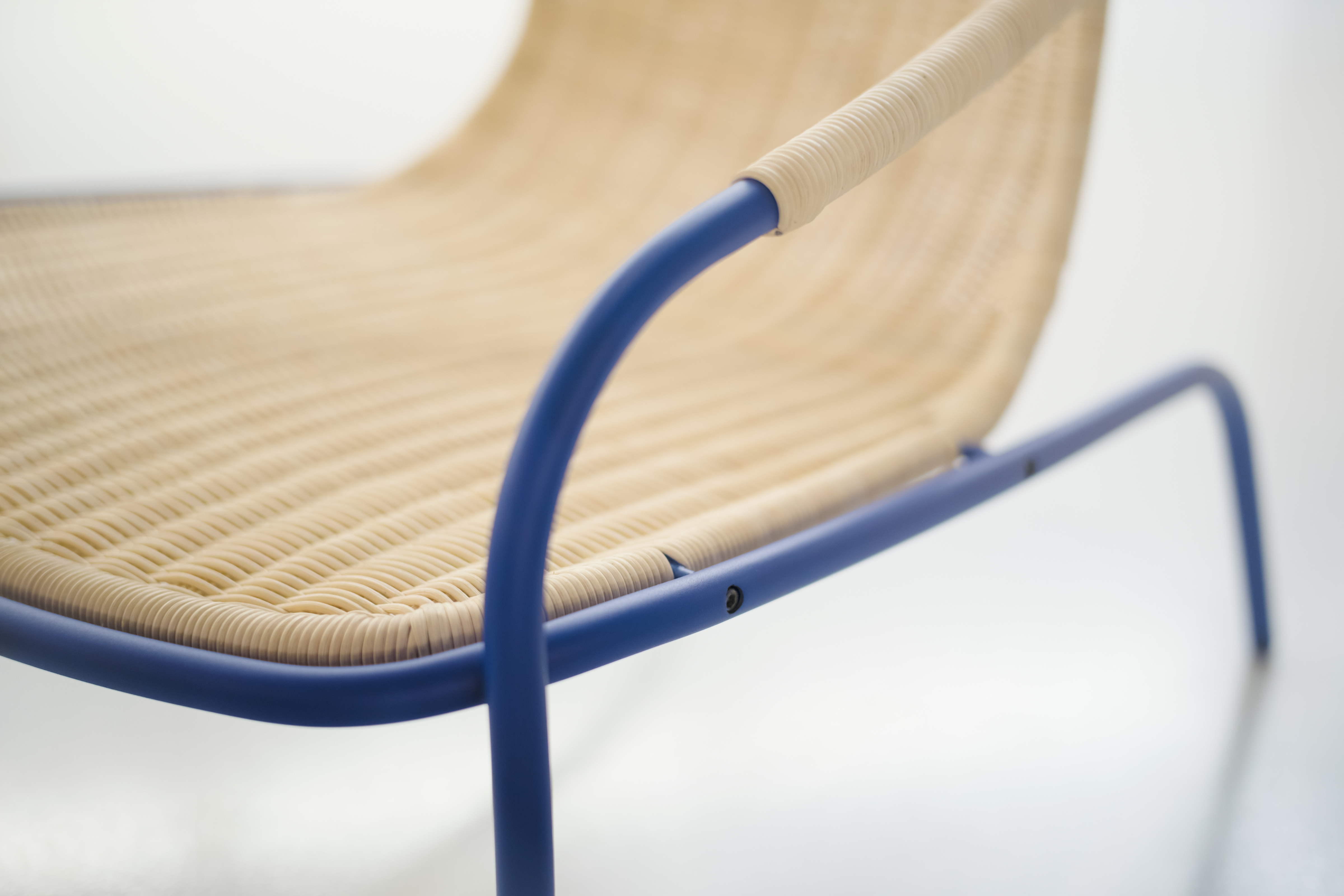 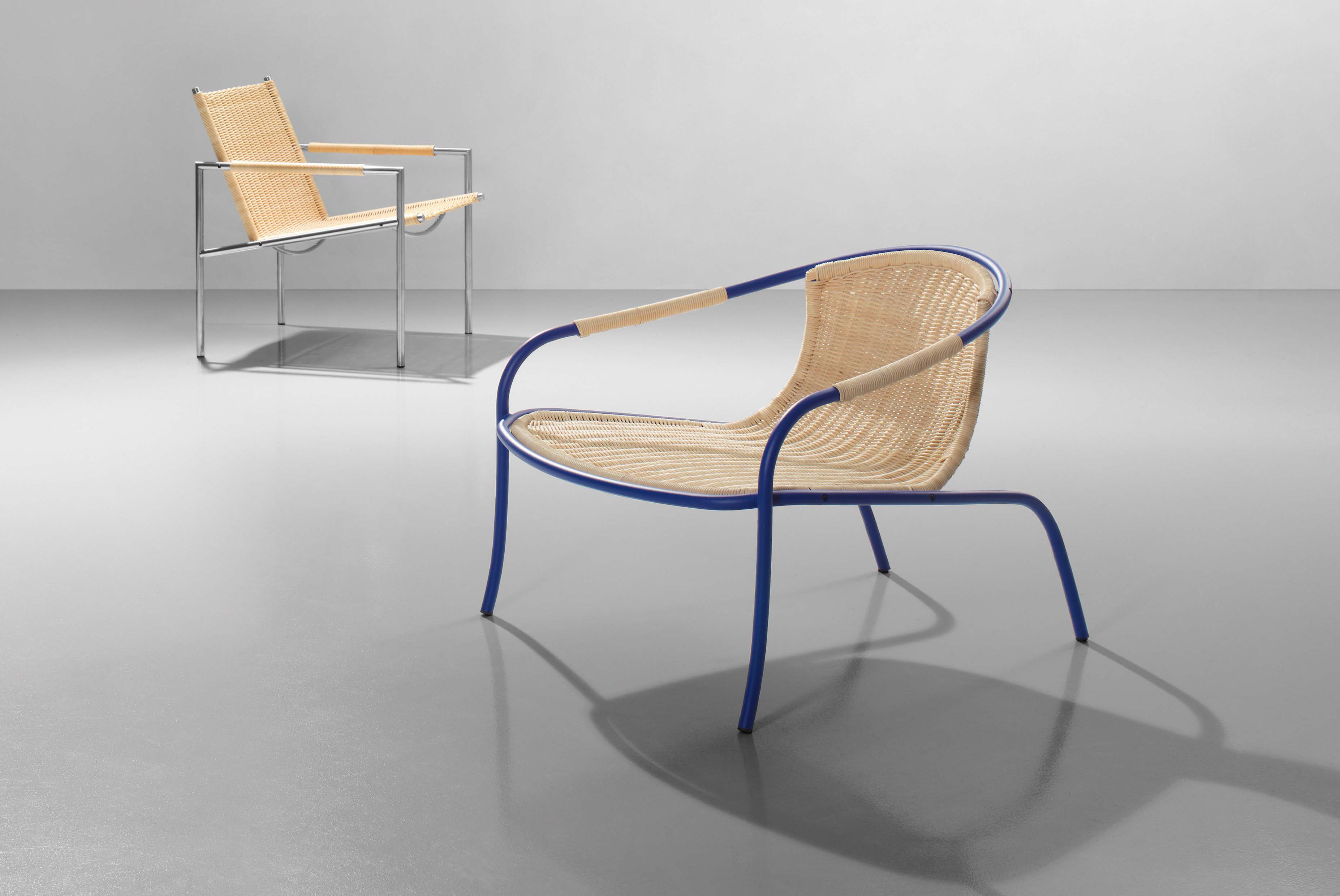 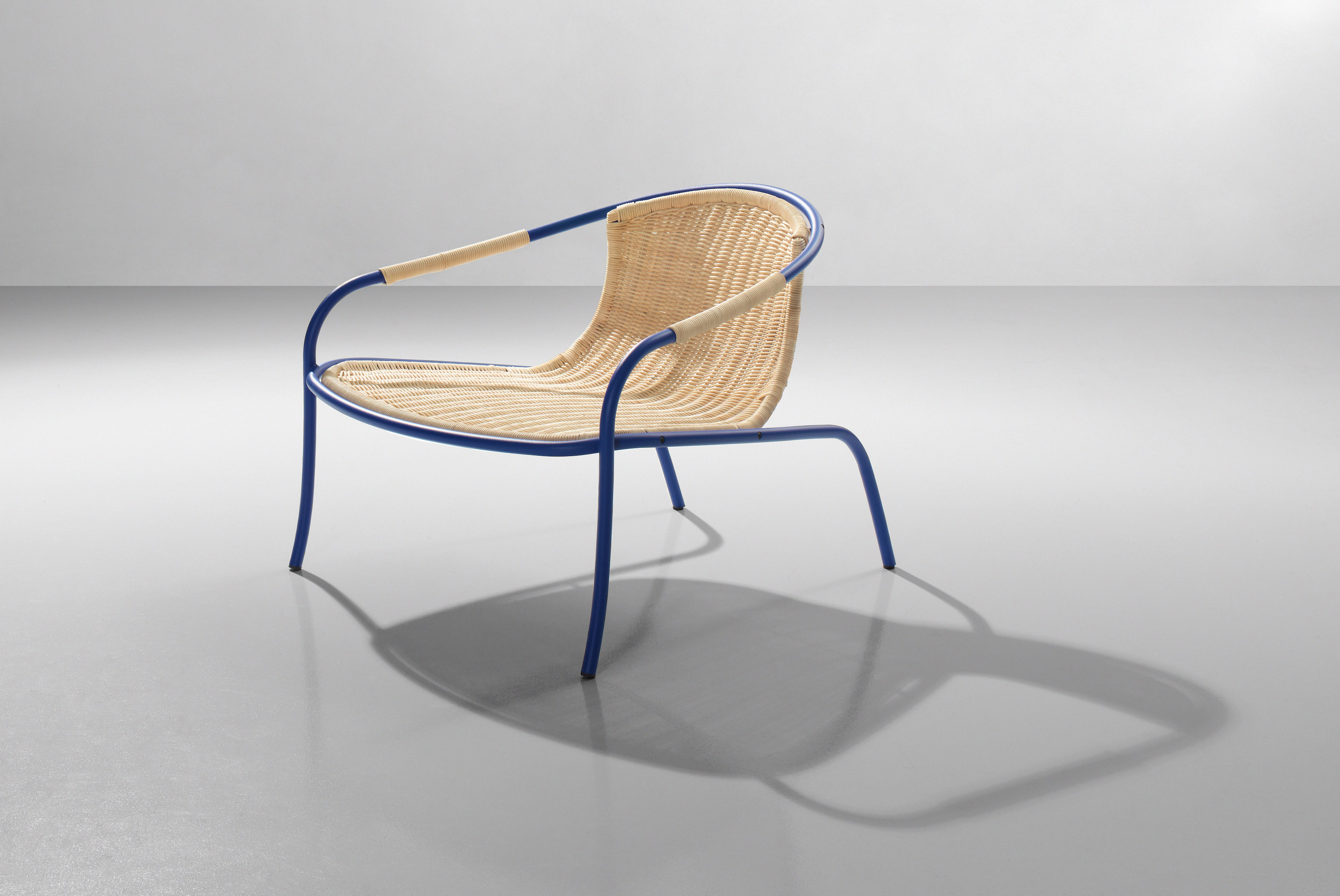 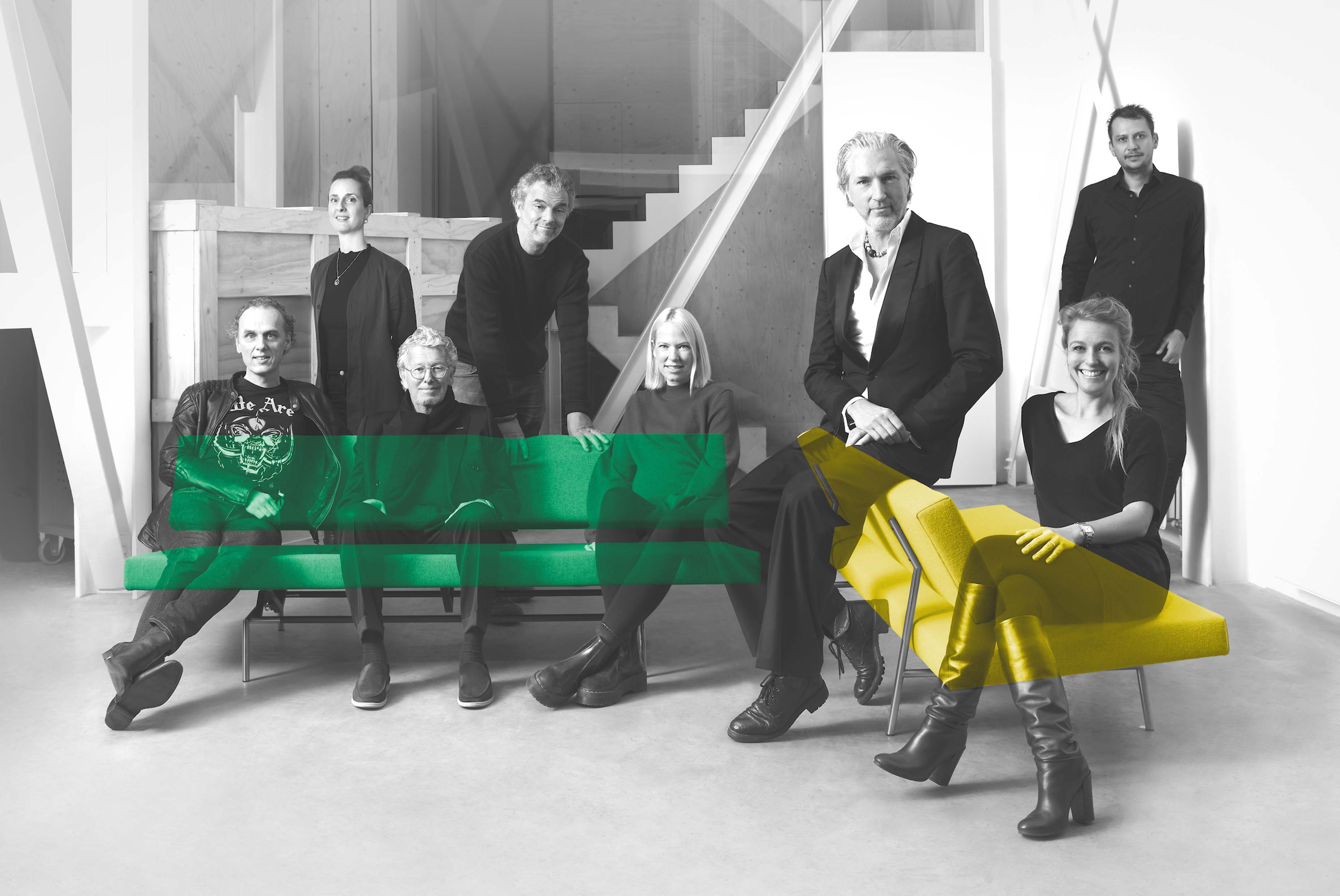