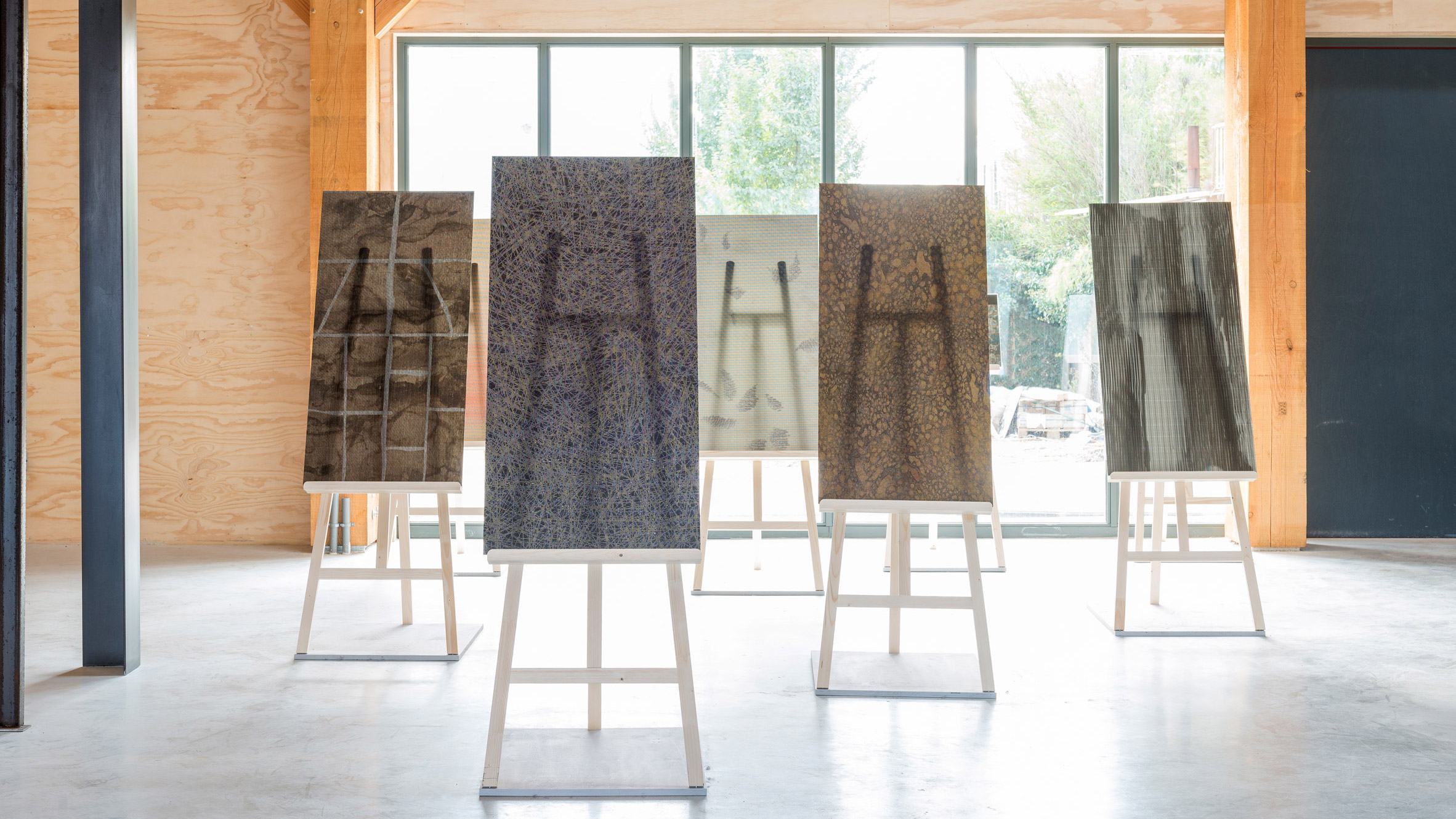 Kiki van Eijk and Joost van Bleiswijk – a couple who make work both together and separately – produced eight tile designs for MyEnergySkin.

There are two solar roof tiles and six solar facade tiles, all inspired by textures from nature or the built environment.

Kiki & Joost designed the range of solar panels for MyEnergySkin

For the roof tiles, Kiki & Joost chose to emulate copper and iron, with a mottled pattern and a reflective finish that they say glitters “jewel-like” in the light.

For the facade tiles, they looked to a mix of sources. One, titled Paint, appears to have been streaked by a paintbrush.

Another, Rain, has an oxidised effect, while Tudor has a muddy brickwork pattern, and Leaves gives the impression that it is in the shadow of foliage.